Holi is the most vibrant, colorful and joyous festival of India.The very thought of holi takes me back to my village. I was a little girl then. That year , on the eve of holi, we had left the chaos of the city to embrace the real joy of holi on our mother soil. 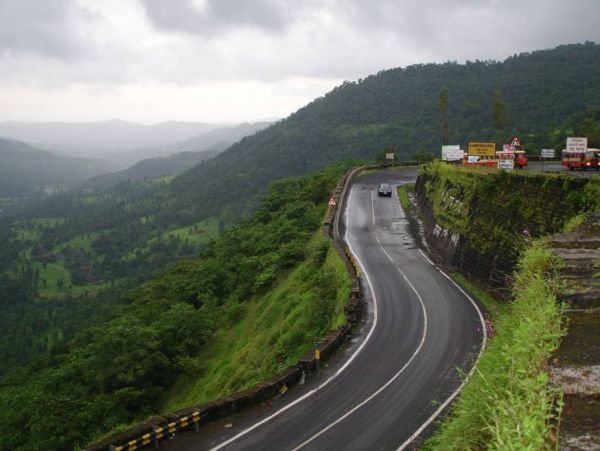 We have a big mansion in our village of around 30 rooms surrounding a big courtyard, 3 main doors to inside and four stairs in different parts of the mansion lead to the terrace. In a while, my uncle too reached along with his family.
Yet that day, i felt lost in that huge house and as it got dark, the dog's barking made the scenario worse for a child like me who was experiencing a village for the first time.That night, men of the village gathered in the school premises to sing folk songs of holi called falgun.Me , unaware of this, listened to those voices under the warm,velvet quilt covering my body in that yet shivery night of Indian spring beside my mother and thought that i am dreaming till i opened my eyes to find myself in a huge, dark room enlightened by the dim light of a lantern kept in a corner.
I woke up my mother in haste to ask her when will we go back and where papa was only to see her smiling and telling me that he has gone to join the choir, i was hearing. She embraced me to her chest and i stuck my tiny self to her body and covered myself properly with quilt protecting myself from those strange fears that conquered my mind in that dark, huge room while praying silently for the well being of my father. 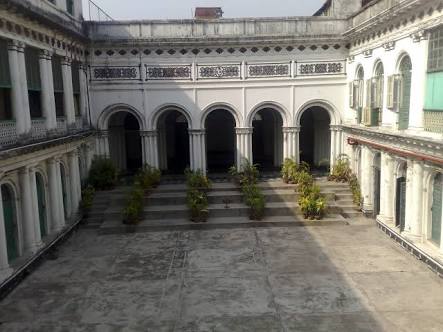 I slept in no moment only to wake up to the chirping of birds and pigeons, who were all over my courtyard, windows and terrace. The sunlight was so refreshing. The day was Holika Dahan and  it took a few hours , that my huge mansion was echoing with voices of numerous Buas, fufas, uncles, aunties and may be around a dozen kids including me and my younger brother. The day passed in a blink and at night i went to sleep to find myself and my little brother held in the arms of my father and being taken to a large ground surrounded by numerous people with a pile of woods in the center at midnight. 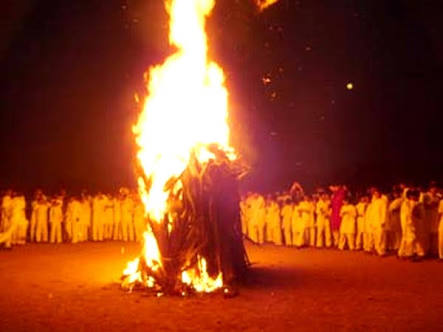 It was set to fire in no moment. My father asked me to fold my hands and make prayers as it signified victory of good over evil , It will fulfill my wishes. Me, with all my serenity of an eight year old, spoke to the fire silently about my desire of becoming a doctor.😂😂😂 ( aaaaah.. i was shooo innocent). 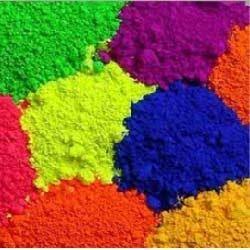 The night was followed by Holi. We were already very excited, knowing from one of our uncles about how much fun it is to play holi and how will we play making teams, prepping color and secretly coloring others without them being prepared. The kids were already divided in teams and there were some arguments and tantrums of being in a particular team by some too. 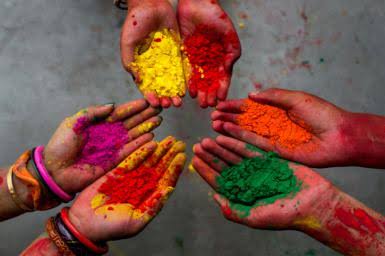 Then me with two other kids headed to the kitchen to find my mom and aunts preparing gujhiya, puaa, dahibara, aloo kathal dum , kachauri and malpuaa to name a few. Around 6 stoves were on fire with huge karhais kept on them having oil boiling to the top with delcacies there in. 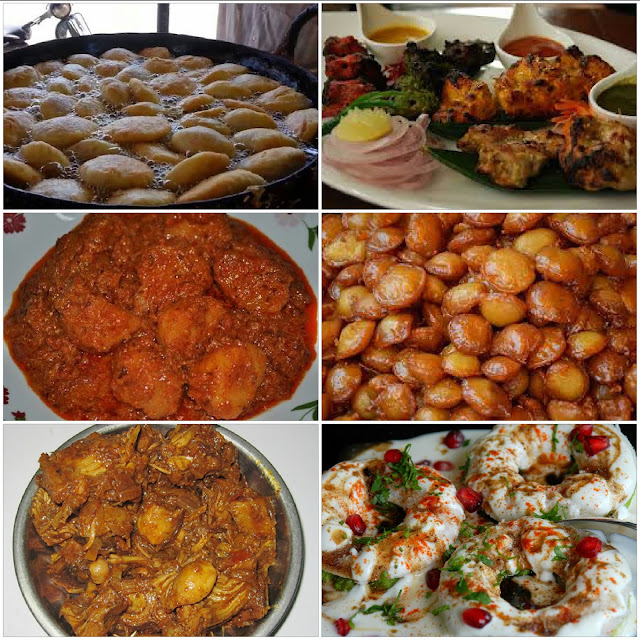 We ate the delicacies dancing, screaming and roaming like a funtoosh all over the mansion only to be stopped by the scream of our youngest fufa running from our aunties to escape being colored.  This lead us to the kitchen, where everyone was trying to color each other and laughing  and giggling until my eldest uncle reached there and everyone came on the terrace except for two ladies, who were still in kitchen laughing and giggling while preparing ghujiyas. 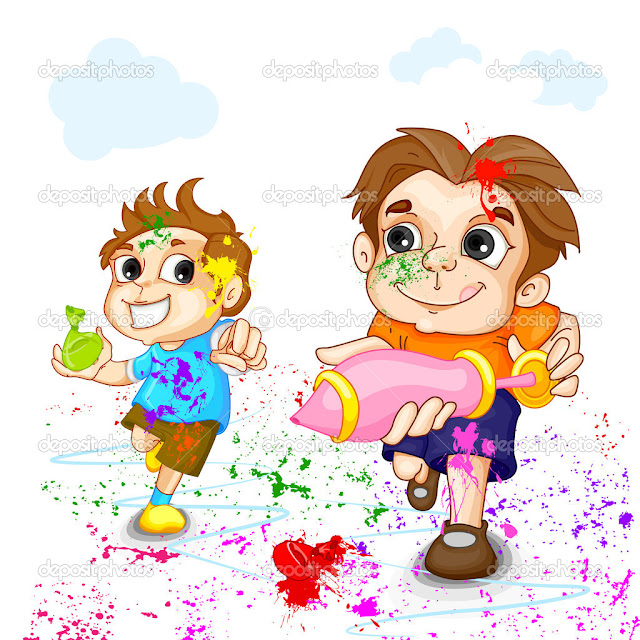 All the kids were trying to protect their parents from being colored until the time they realized that they had become a part of this. It continued till may be three and then everyone struggled to wash the colors off their bodies with partial success.In the evening, everyone was ready, wearing white clothes . Abir (dry color) and masala (dry fruits) was kept in the center of the courtyard. 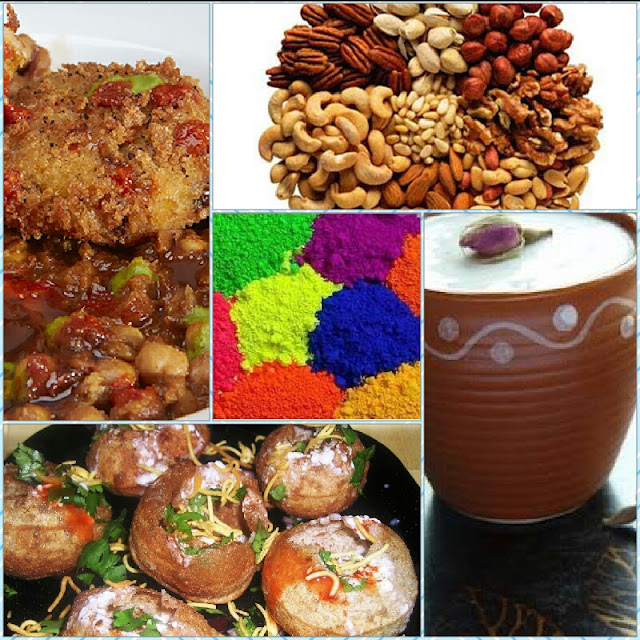 All the kids and younger people put the abir on the feet of the elders and got masala to eat by elders along with their obligations.  Elders and everyone of same generation applied the abir on the cheeks of each other. People from other families joined us too and then we ended the evening with dinner in the courtyard , where everyone was sitting on the floor and being distributed the delicacies in pattals (pattals are disposable plates made up of leaves).At night, all of us were in a huge room. Kids were having fun listening to the talks of our elders about their holi memories and mimicking each other's actions and reactions while playing holi in the morning . I don't remember when i slept that night.
Next morning, chicken curry was prepared in dalan area by a cook of ours and we had it.
(Dalan is an area meant for male guests and formal meetings in the village just outside the main home) 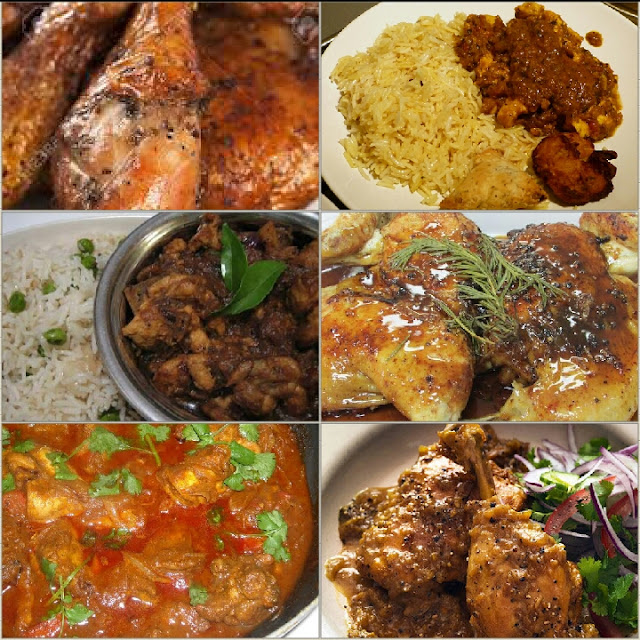 We left for the city in the evening, leaving our big mansion. But, i didn't want to. I never had such a holi, again in my life due to strict work routine and limited holidays of my parents and other relatives. But, i genuinely believe that holi means madness and it should be celebrated with all the madness and craze forgetting all the restrictions and yet maintaining the dignity of relationships because respecting relations and yet being mad is the beauty of Indian culture. 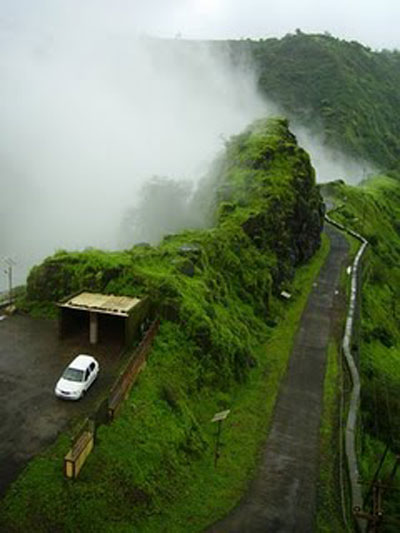 And, this year i am again set to play holi same way as my childhood. Thanks Blogadda and parachute advansed to take me back to my childhood memories of holi. This year, again it is going to be a #KhulKeHoli for me. Hope it will be same for everyone this year and always.

“I’m pledging to #KhulKeKheloHoli this year by sharing my Holi memories at BlogAdda in association with Parachute Advansed.”

Posted by WOMANIA CLASSES at 21:25

Blogadda What are you reading today